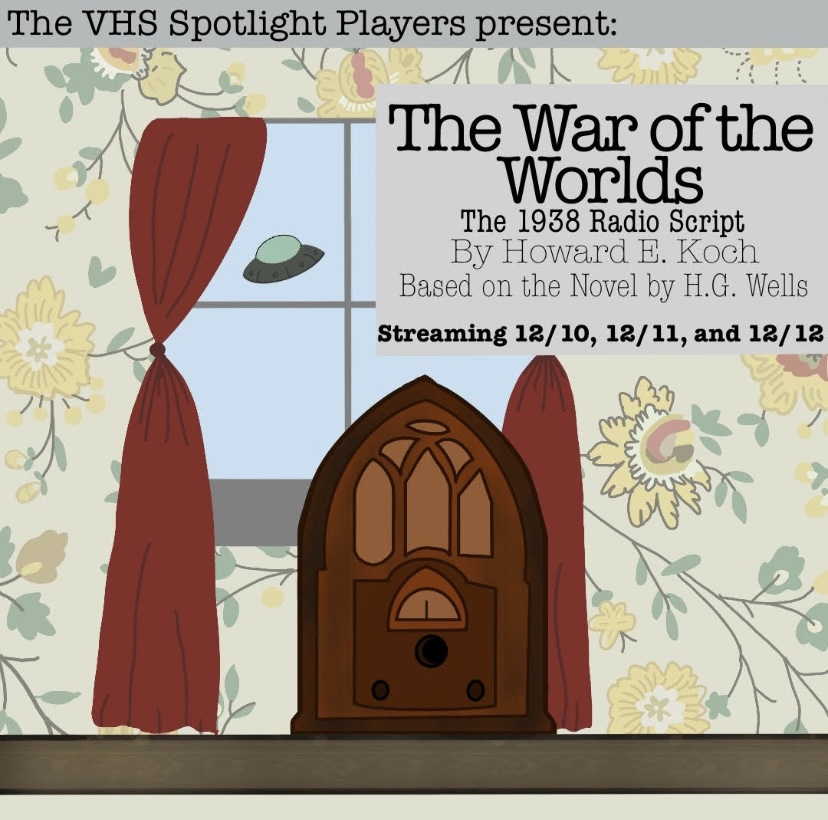 As we all know, live theatre has been on hold since March due to the pandemic. But that isn’t stopping the VHS Spotlight Players from producing a fall production!

Of course, this year, it looks a little different. Well, actually, it doesn’t look like anything at all. This week they are presenting their first ever radio drama.

What is a radio drama? Before television, the main source of news and entertainment were radios. On October 30, 1938, Orson Welles and the Mercury Theatre on Air presented their radio adaptation of The War of the Worlds, a novel written by H.G. Wells about Martians invading Earth. The show is set up as a normal news broadcast, and was so realistic that it actually caused nationwide panic.

Rehearsals took place over Google Meet nearly every weekday for a month, and final recordings were submitted last week. The show streams on December 10, 11, and 12 at 7:30pm with a 2:00 matinee on the Dec. 12 on Broadway On Demand. You can use this link to learn more about streaming and purchasing a ticket:

The entire team is so excited to share their hard work with you and are very thankful for being able to put on a production despite all of the challenges that are being faced.  The Spotlight Players extend a huge thank you to Mr. Munoz for putting this together and making theatre possible even in the pandemic! Updates on the spring production are soon to come.