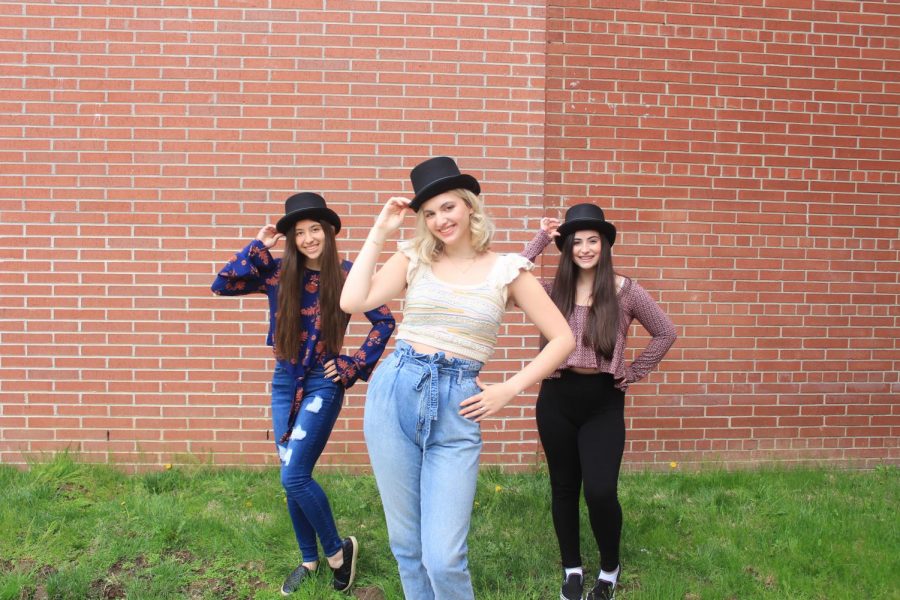 When was the last time you saw a real musical event live in-person? Over a year? Well, you’re in luck! Next week, the VHS Spotlight Players are putting on a musical cabaret called Broadway Through the Ages featuring your favorite songs from the most beloved Broadway musicals.

Mark your calendars for May 6, 7, and 8 at 7 p.m. to travel through time with the Spotlight Players and enjoy your Golden Age favorites, modern 2010’s hits, and everything in between! The setlist includes (but is not limited to) songs from Chicago, A Chorus Line, Hair, Next to Normal, and Hadestown, and sprinkled in between are fun facts from your favorite theatre kids!

Now that the promo is out of the way, you may be wondering: how do you make a musical revue during a global pandemic? Well… I don’t know. Verona High School was fortunate enough to be able to put on The Mystery of Edwin Drood last year just a mere week before the world shut down. Many schools’ productions were cancelled and abandoned. Some schools are still unable to put on theatrical productions this school year. But at VHS, we have some really talented, determined, and passionate people in our drama club who were able to make this happen.

This year’s musical process looked a lot different than it has in previous years. Usually, auditions are in December, rehearsals start the next week, and the performance dates are the first weekend in March. For Broadway Through the Ages auditions were completely virtual and took place in the beginning of March, rehearsals didn’t start until mid-March, and our show dates are the first weekend in May. And, due to state guidelines, putting on a real musical would be extremely difficult, unless it was an insanely small cast. Every singing rehearsal is held outside in the courtyard (dancing is able to happen in the auditorium), and masks are worn at all times. Additionally, instead of performing at VHS, our show will be located at an outdoor theatre, Oskar Schindler Performing Arts Center, in West Orange, and is limited to 250 people per night (so get your tickets fast!). Tickets are only available online and make sure to bring your own lawn chairs!

This obviously isn’t the senior musical I was picturing (I was hoping for Chicago), but we are so fortunate to have such a great director, Mr. Munoz, who was willing to put so much effort into a production during a pandemic. Another huge thanks to our music director, Mr. Salierno, and our choreographer Ms. Byrnes.

Get your tickets here: https://spotlight-players.ticketleap.com/ages/

We hope to see you there!