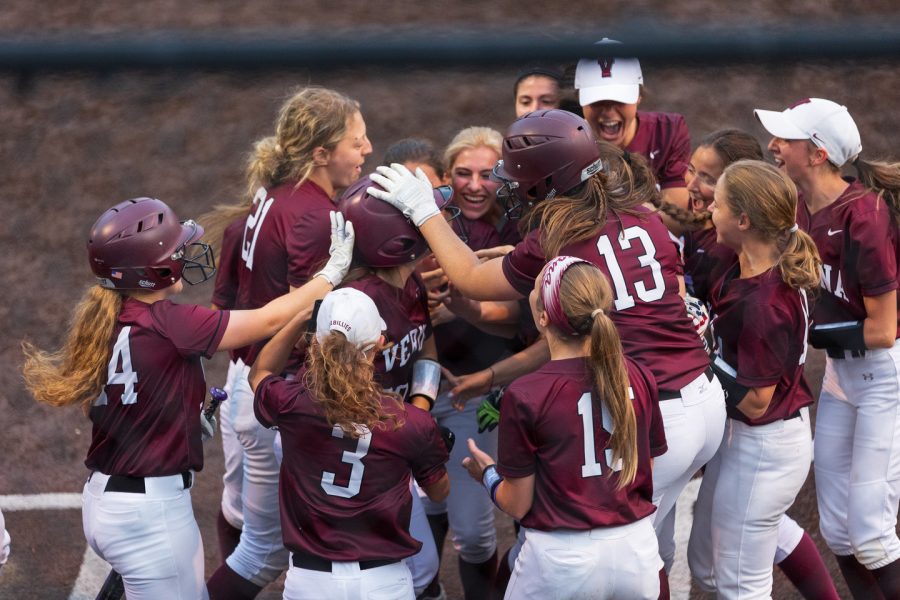 Like all other sports this year, the softball team entered their season with a great deal of uncertainty. Because the previous season had been cancelled due to Covid-19, many of the girls on the team had not played softball competitively in almost two years. Also, a large and important chunk of players were going to be missing from the team at the beginning of the season due to the overlapping volleyball season. On top of these obstacles, the softball team competes in one of the most competitive conferences in the entire state. Despite all of this, the softball team had a thrilling and captivating season.

In just the second game of the year, the softball team played an intense game against a talented Livingston team. The game went into extra innings, and unfortunately resulted in a loss for Verona. Despite this, the next time Verona played Livingston, they pulled out an epic 4-1 victory against the then #3 ranked team in the state on Senior Night.

The next stand-out game from this squad was the Essex County Tournament semifinal against #2 Mount Saint Dominic. Many expected the heavily-favored Mount Saint Dominic Squad to dominate this game.  Despite eventually losing 6-4, Verona held the lead throughout much of the game and truly established itself as a contender in the state tournament.

In the state tournament, the Hillbillies collected wins against Leonia, Madison, and Hackettstown in order to reach the North 2 Group 2 sectional final against Parsippany. As a result of excellent pitching on both sides, Verona clinched their second straight sectional title with a 1-0 win. The sole run was a result of heads-up baserunning by senior Melanie Naeris who stole third, and was able to continue home due to a throwing error by the Parsippany catcher.

This dramatic win was not the last one that would stress out their loyal fans.  The next game, played at home against Mahwah drew a huge crowd and resulted in an epic 12 inning win against Mahwah to win the North Group 2 Final. This would send Verona to the Group 2 Final for the first time in 15 years.

Despite losing in the final to a strong Robbinsville team, the Verona squad showed their grit and determination by scoring 5 runs after falling into a 9-0 deficit. This season was categorized as one of excitement and nail-biting action. The Verona team established themselves as one of the top competitors in the state.